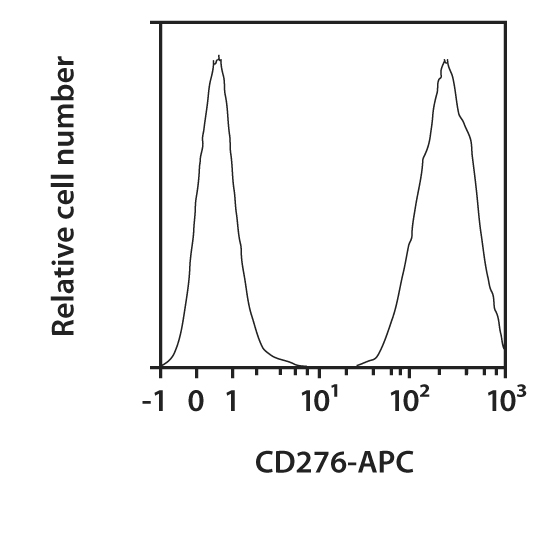 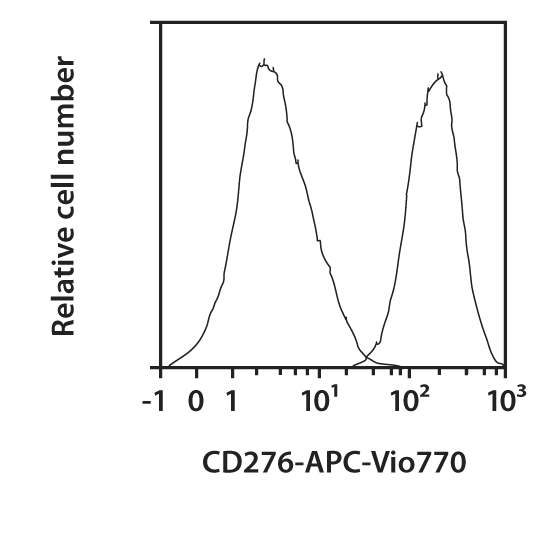 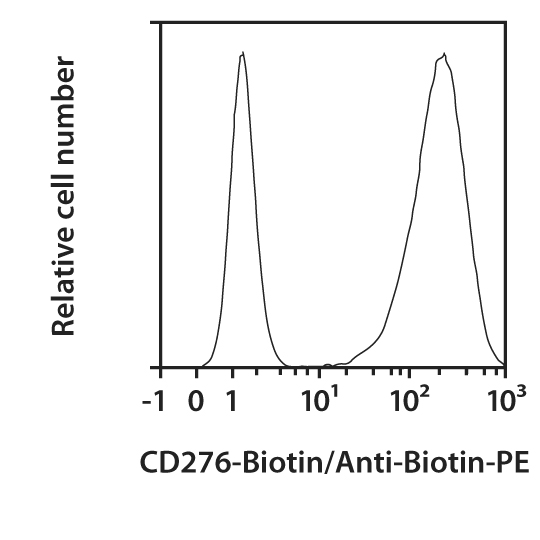 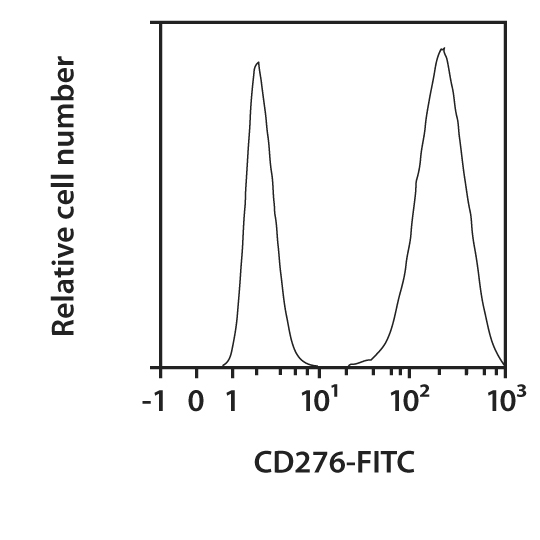 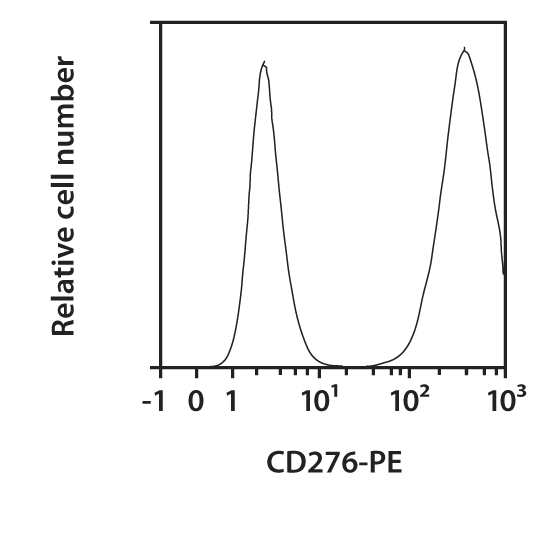 Immature human monocyte-derived dendritic cells, stimulated with the Mo-DC Generation Tool Boxes, human, were stained with CD276 antibodies or with the corresponding REA Control (S) antibodies (left peak). Cells were analyzed by flow cytometry using the MACSQuant® Analyzer. The Tandem Signal Enhancer has been used to increase binding specificity of tandem-dye–conjugated antibodies. Cell debris and dead cells were excluded from the analysis based on scatter signals and propidium iodide fluorescence or 4',6-diamidino-2-phenylindole (DAPI) fluorescence, as in the case of tandem conjugates.