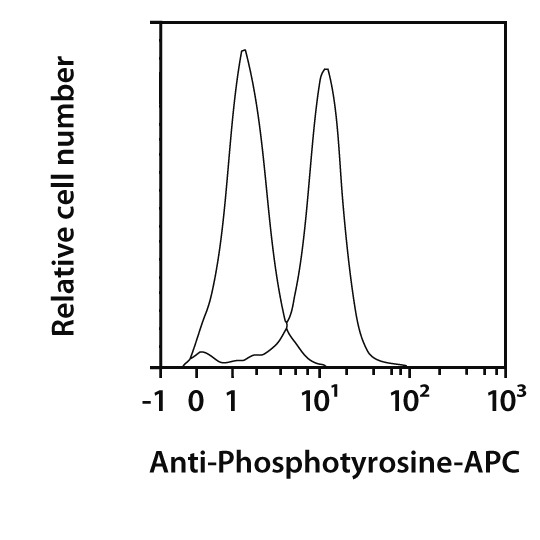 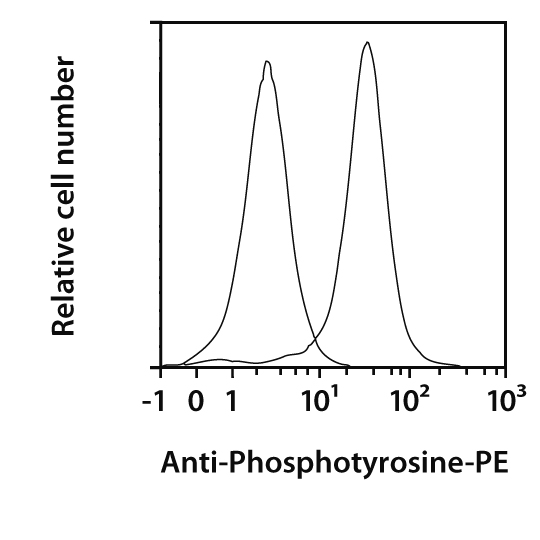 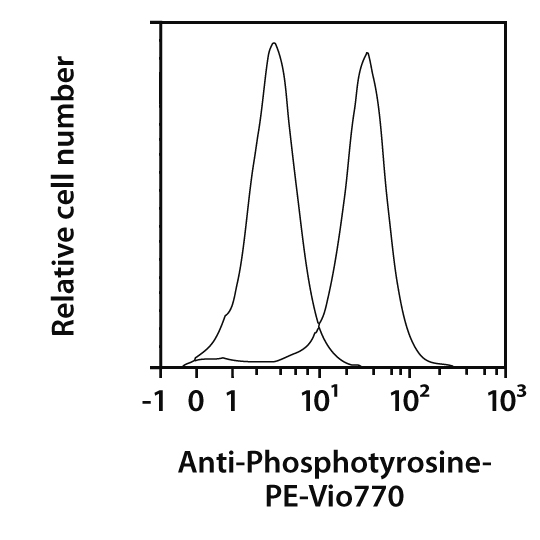 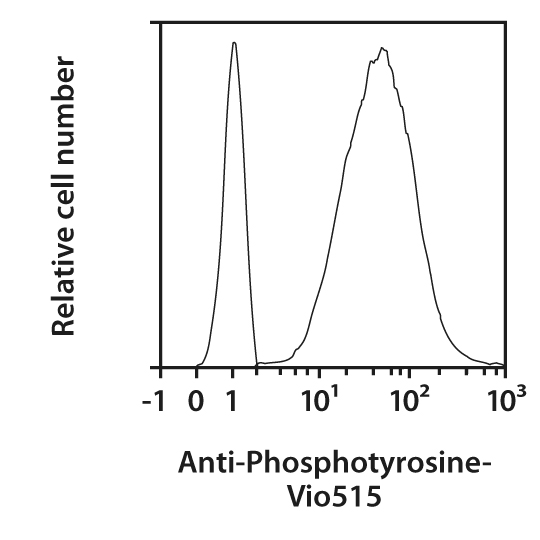 Jurkat cells, overnight serum starved and either left unstimulated (left peak) or stimulated with 100 mM hydrogen peroxide for 15 minutes, were fixed and permeabilized using the Cell Signaling Buffer Set A. Cells were then stained with Anti-Phosphotyrosine antibodies and analyzed by flow cytometry using the MACSQuant® Analyzer. Cell debris were excluded from the analysis based on scatter signals.