Acute myeloid leukemia (AML) is a type of blood cancer. There are three main types of cells in the blood: white blood cells, red blood cells and platelets. White blood cells are responsible for fighting infections and other diseases.

How does AML develop?

AML is a condition where the bone marrow makes large numbers of immature white blood cell known as myeloid cells. Myeloid leukemia occurs when these white cells multiply uncontrollably in the marrow, crowding out other normal cells and leading to impaired function of the blood building system.

The sudden rate at which the leukemic cells replace the normal blood and bone marrow cells is the parameter that qualifies the form of the disease as acute. Eventually the regular production of blood cells is destroyed and the risk of infection or bleeding increases significantly. 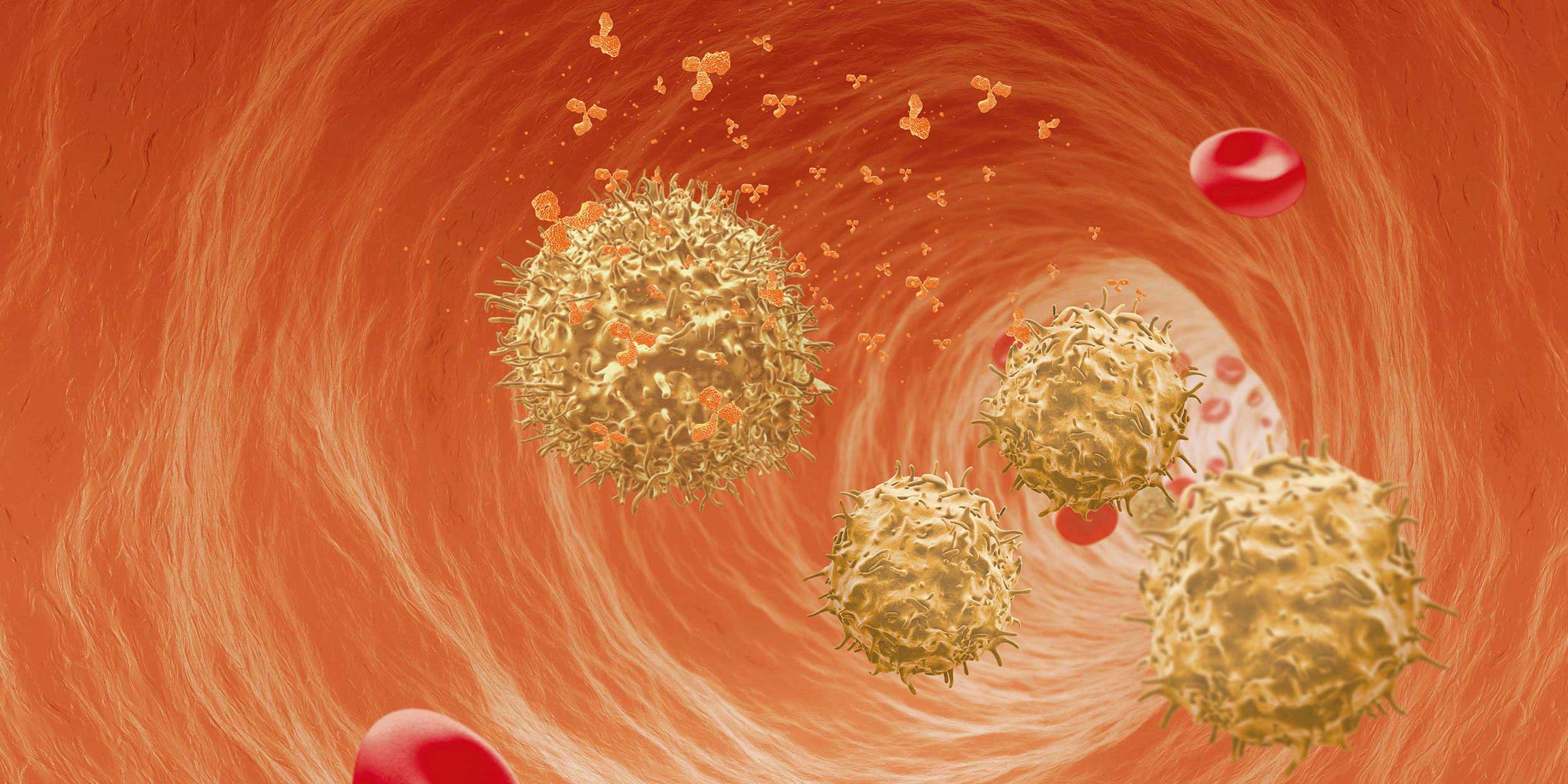 What are the causes and risk factors of AML

Ask your doctor and visit the Leukemia and Lymphoma Society website (www.lls.org) to find comprehensive disease information about AML.

How is AML treated?

Treatment of AML is usually divided into two phases:

The elimination of leukemic cells is usually accomplished using chemotherapy. This can be achieved with multiple drugs during a planned sequence of treatments.

The intensity of the treatment depends on several factors, including:

If induction therapy is successful, no detectable leukemic cells will remain following this phase of treatment. This state is called a complete remission.

However, induction therapy often does not destroy all of the leukemic cells, leaving a small number to persist. In some cases, often dependent on disease stage or chromosomal abnormalities, the cancer will return within several years. The recurrence of cancer is called relapse.

Once the AML patient is in complete remission, further treatment will be given to kill any remaining leukemic cells and prevent relapse.

For intermediate or high-risk AML, consolidation therapy options include chemotherapy with or without stem cell transplantation. The choice and intensity of treatment is dependent on the same factors described in the induction therapy section above.

Background on the different blood cell types in the glossary

Humanitarian Device
Authorized by U.S. Federal Law for use in the treatment of patients with acute myeloid leukemia (AML) in first complete remission. The effectiveness of the device for this use has not been demonstrated.

Indications for Use
The CliniMACS® CD34 Reagent System is indicated for processing hematopoietic progenitor cells collected by apheresis (HPC, Apheresis) from an allogeneic, HLA-identical, sibling donor to obtain a CD34+ cell-enriched population for hematopoietic reconstitution following a myeloablative preparative regimen without the need for additional graft versus host disease (GVHD) prophylaxis in patients with acute myeloid leukemia (AML) in first morphologic complete remission.

Contraindications
Do not use CD34+ cells prepared with CliniMACS CD34 Reagent System in patients with known hypersensitivity to murine (mouse) proteins or iron dextran.