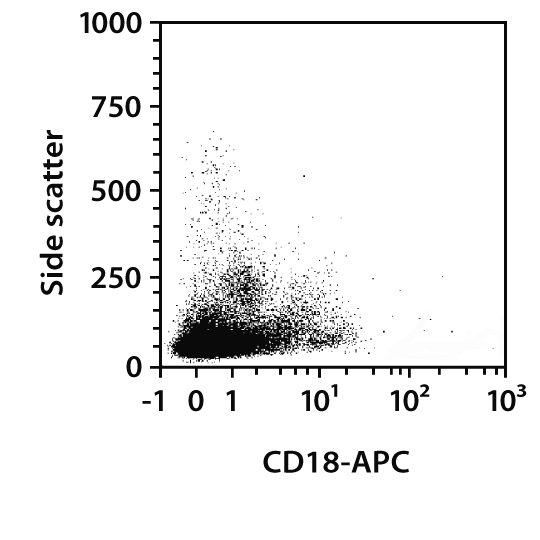 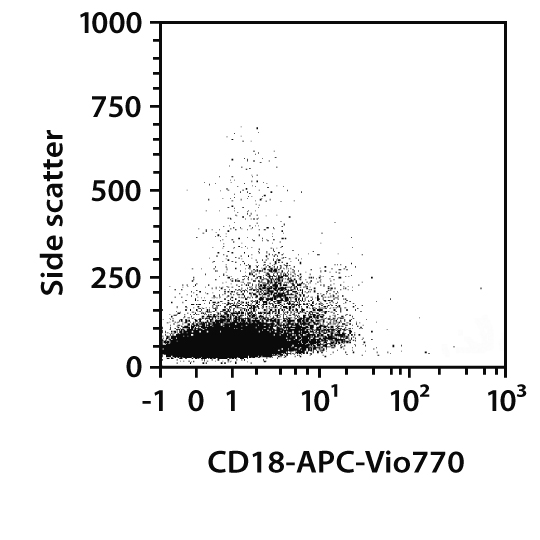 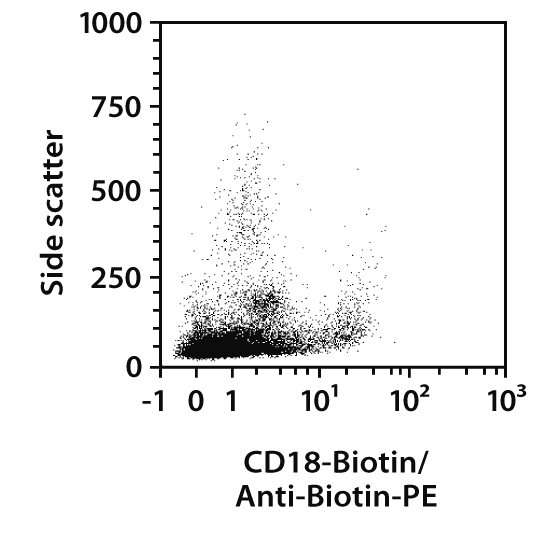 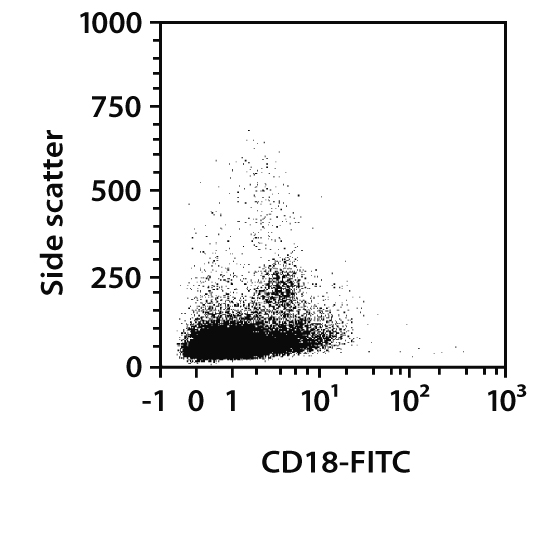 Splenocytes from C57BL/6 mice were stained with CD18 antibodies and analyzed by flow cytometry using the MACSQuant® Analyzer. Cell debris and dead cells were excluded from the analysis based on scatter signals and propidium iodide or DAPI fluorescence, as in the case of tandem-conjugates.

Incubation of cells with FcR Blocking Reagent, mouse, increases the specificity of labeling with ...