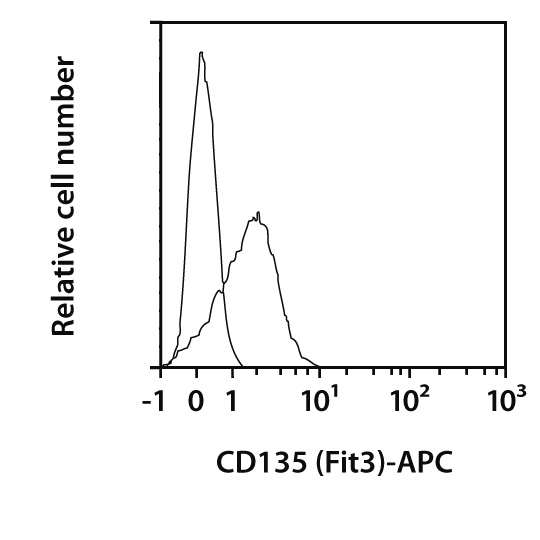 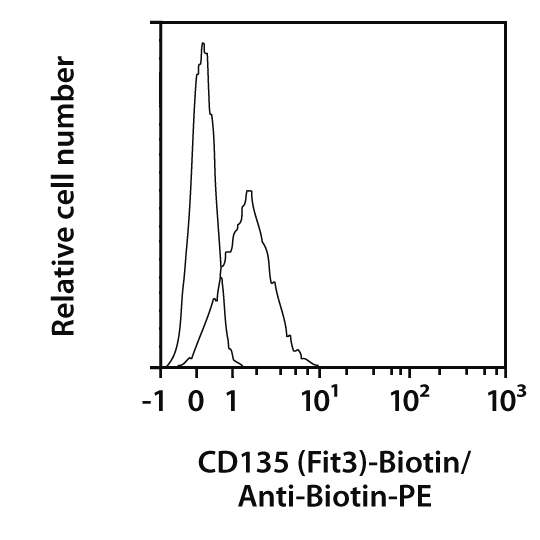 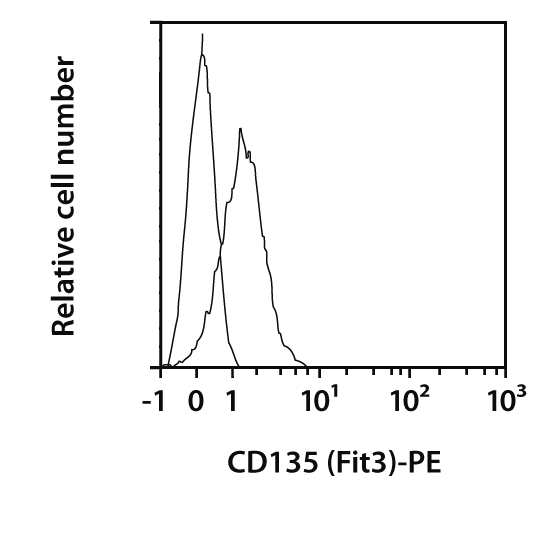 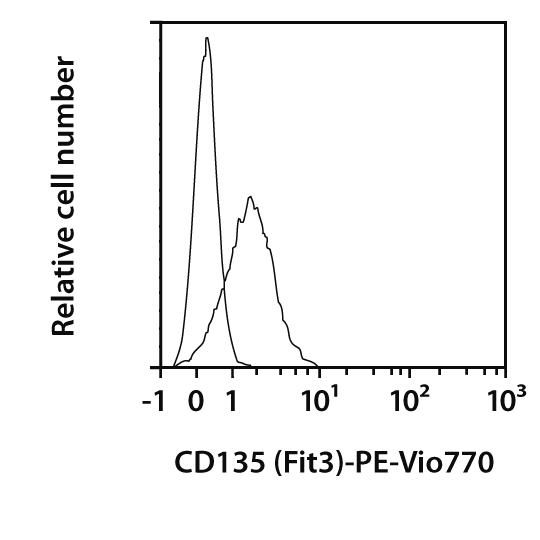 Human Reh cells were stained with CD135 (FLT3) antibodies or with the corresponding isotype control antibodies (left peak) and analyzed by flow cytometry using the MACSQuant® Analyzer. The FcR Blocking Reagent has been used to avoid Fc receptor-mediated antibody labeling. Cell debris and dead cells were excluded from the analysis based on scatter signals and propidium iodide fluorescence.

The FcR Blocking Reagent was developed to increase the specificity of immunofluorescent staining ...