Preparation of buffers for cell isolation, depletion, and flow cytometry 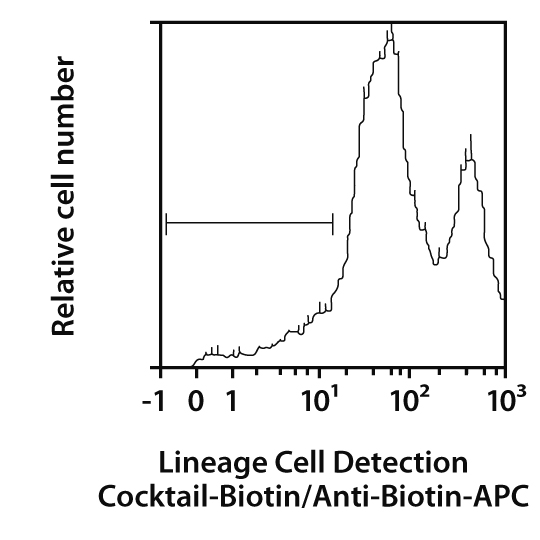 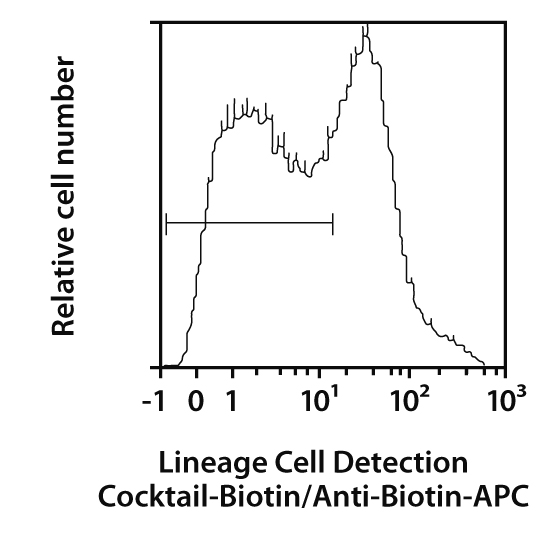 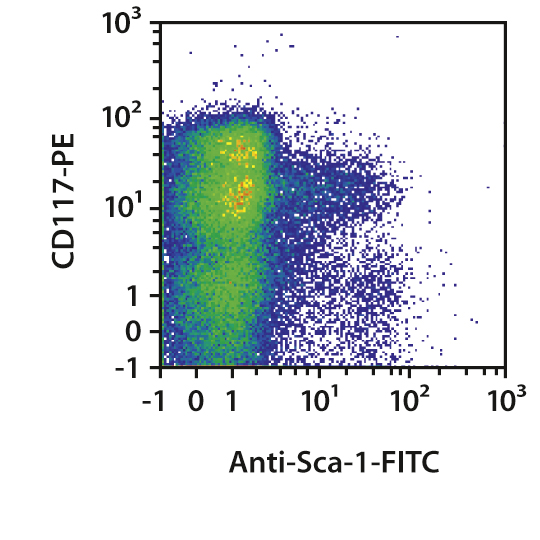 Figure 1: Isolation of untouched lineage-negative cells from a mouse bone marrow cell suspension. After isolation with the DIrect Lineage Cell Depletion Kit, mouse, lineage-negative cells were fluorescently stained with the Hematopoietic Lineage Labeling Cocktail, anti-mouse, Biotin and Biotin Antibody-APC and analyzed by flow cytometry using the MACSQuant® Analyzer. To evaluate the LSK (Lin–Sca-1+c-kit+) fraction, cells were further stained with CD117-PE (c-kit) and Sca-1 Antibody-FITC. Cell debris and dead cells were excluded from the analysis based on scatter signals and propidium iodide fluorescence. 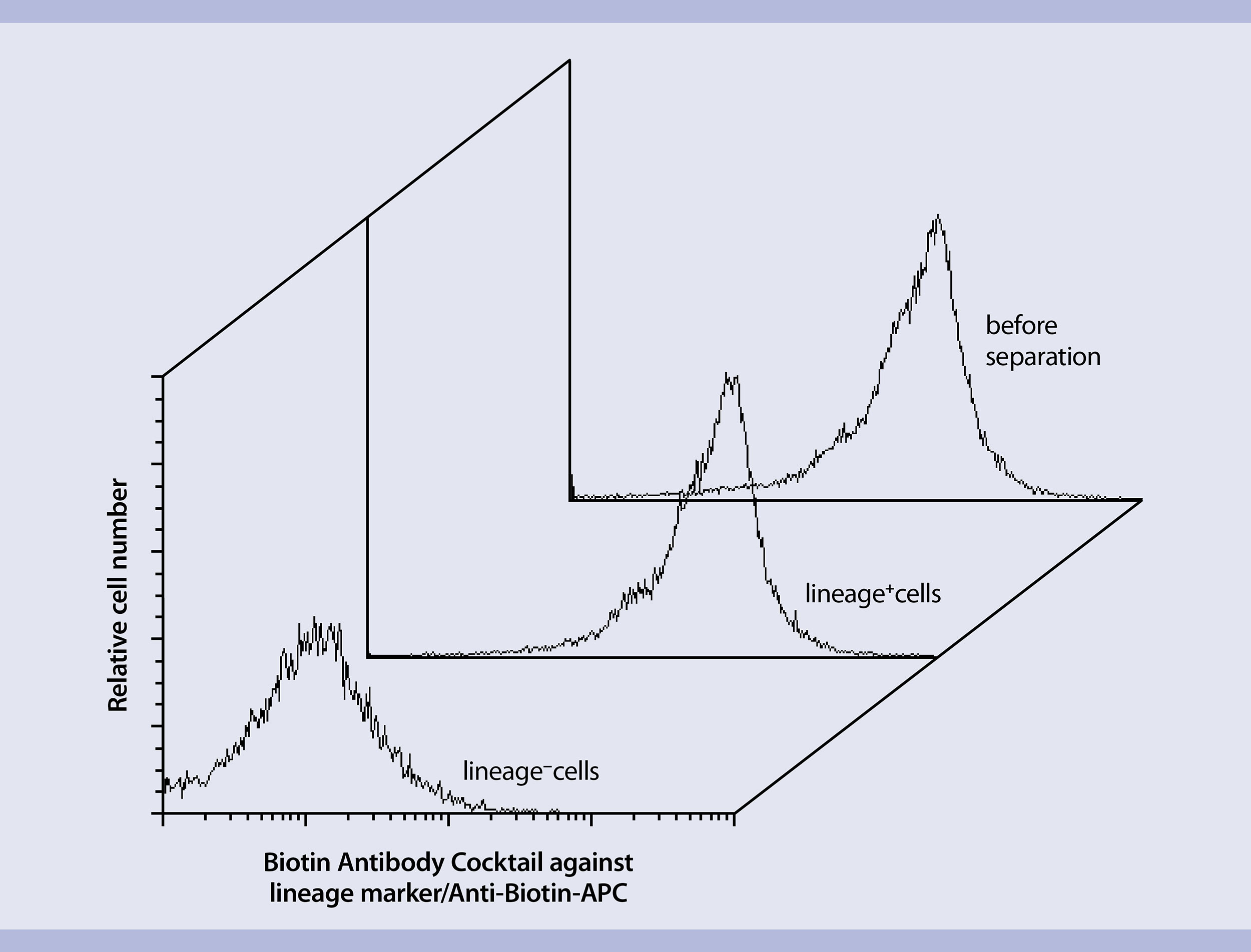 Figure 2: Clear separation of lineage-negative and lineage-positive cells. Untouched lineage-negative cells from a mouse bone marrow cell suspension using the Lineage Cell Depletion Kit and a MidiMACS™ Separator with an LS Column. Cell debris and dead cells were excluded from the analysis based on scatter signals and PI fluorescence.

Untouched lineage-negative cells from a mouse bone marrow cell suspension using the Lineage Cell Depletion Kit and a MidiMACS™ Separator with an LS Column. Cell debris and dead cells were excluded from the analysis based on scatter signals and PI fluorescence. 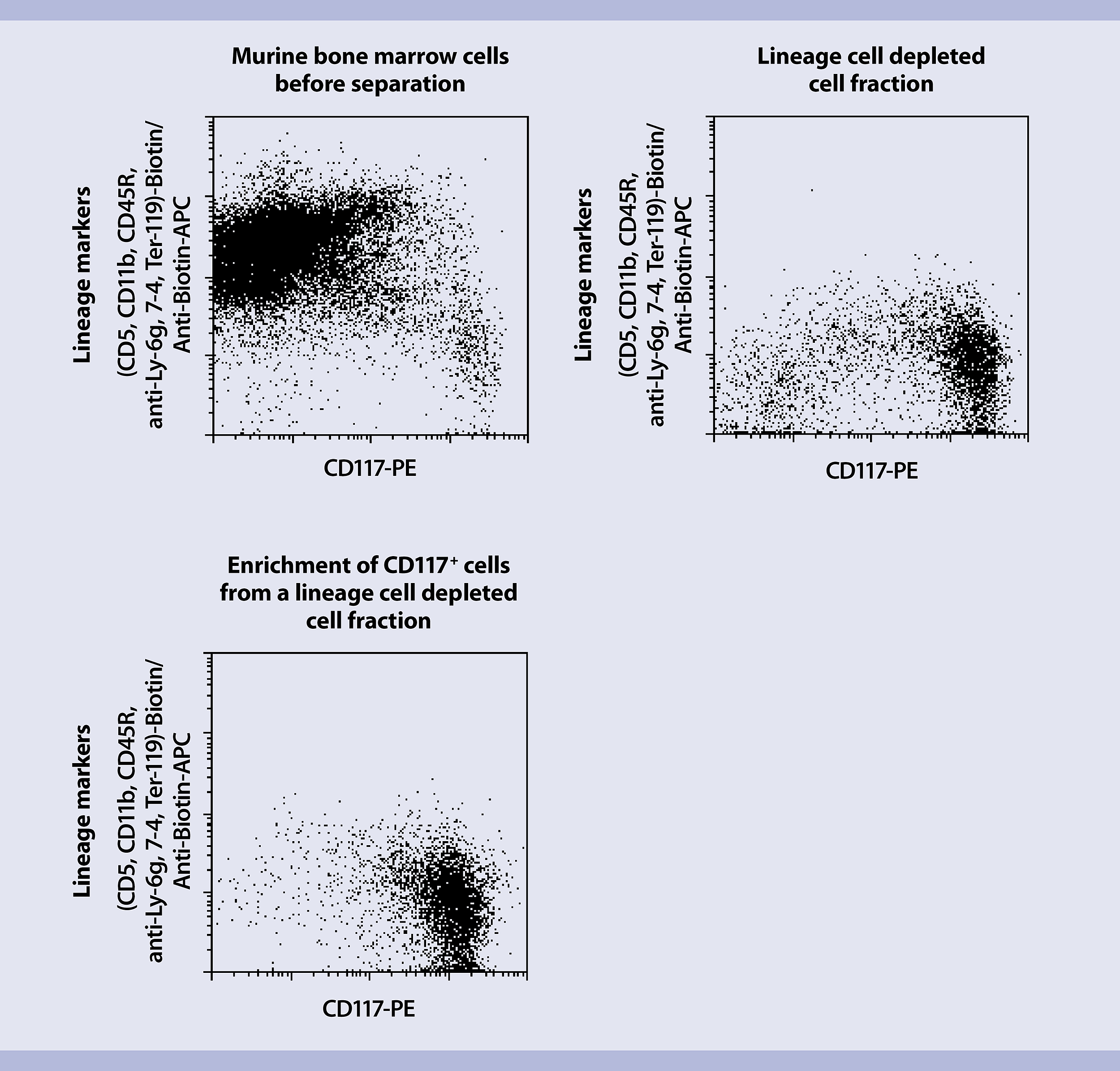 Figure 3: Isolation of lineage-negative/CD117+ cells from a mouse bone marrow cell suspension. After depletion of lineage-positive cells using the Lineage Cell Depletion Kit, CD117 MicroBeads and a MidiMACS Separator with LS Columns were used to isolate CD117+ cells. The cells were then fluorescently stained with CD117-PE, a panel of biotinylated antibodies against lineage markers, and Biotin Antibody-APC. Cell debris and dead cells were excluded from the analysis.

Lineage-negative cells can be expanded in appropriate mouse HSC expansion medium supplemented with cytokines such as SCF, TPO, Flt3-Ligand, IL-3, and IL-6 according to standard cell culture protocols.

Prepare the staining cocktail as described in the following table:

Use the MACS Flow Cytometry – Multicolor Panel Builder to quickly assemble the antibodies for analysis.

▲ Note: When using the Direct Lineage Cell Depletion Kit, the unwanted cell fraction is labeled and the target
cells remain unlabeled. Depending on the target cell frequency, the labeled fraction can represent the majority of the total cells. To avoid blocking of the column, do not exceed the maximum number of labeled cells per column. Estimate the number of labeled cells in the sample, split the sample if necessary and use the appropriate number of separation columns.

▲ Note: If separating with LS Columns and the MultiMACS Cell24 Separator Plus, use the Single-Column Adapter. Refer to the user manual for details.

For expansion of lineage marker-negative cells or LSK cells