Generally, plasma cells have a very rare distribution in peripheral blood and are difficult to obtain from human bone marrow samples, which makes them particularly difficult to separate. Whether you require, purified populations separated by positive selection, two step protocols or separation directly from whole blood or bone marrow, MACS® Technology has a solution for you.

Separation of CD138+ cells from a whole blood sample spiked with U266 cells, using the StraightFrom® Whole Blood and Bone Marrow CD138 MicroBeads. Cells were stained with CD45-FITC, CD138-PE, and CD19-APC and analyzed by flow cytometry using the MACSQuant® Analyzer. Cell debris, dead cells, and CD45– cells were excluded from the analysis based on scatter signals and propidium iodide fluorescence. 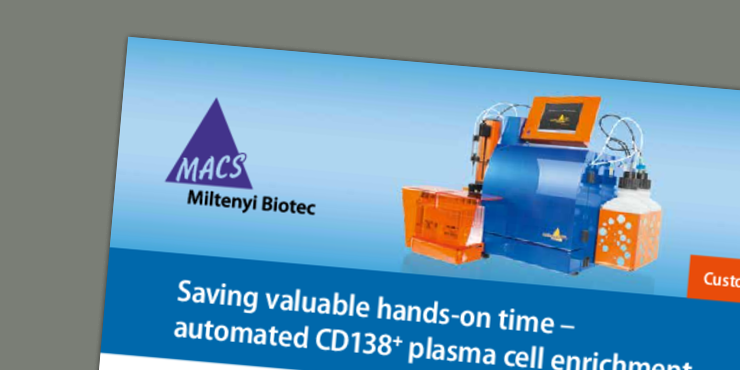 B cells (human)
B cells (mouse)

Plasma cells are present in peripheral blood in very low frequencies and are difficult to obtain from human bone marrow samples. Therefore, in vitro expansion is an ideal choice to increase plasma cell quantities; either to study their biology or analyze their antibody production and specificity.

We have developed the B Cell Expansion Kit, human, for easy and enhanced expansion. The formulation offers the perfect solution to expand and activate human B cells from various sources. This enables expansion of B cells that are fully functional and ready for any downstream application. The culturing conditions provided by the B Cell Expansion Kit and IL-21 drives B cell differentiation towards a matured, switched status. B cells cultured with the kit and IL-21, instead of IL-4, demonstrated a significant increase in the plasma cell fraction. This way you can expand the plasma cell population before separating plasma cells for further experiments. 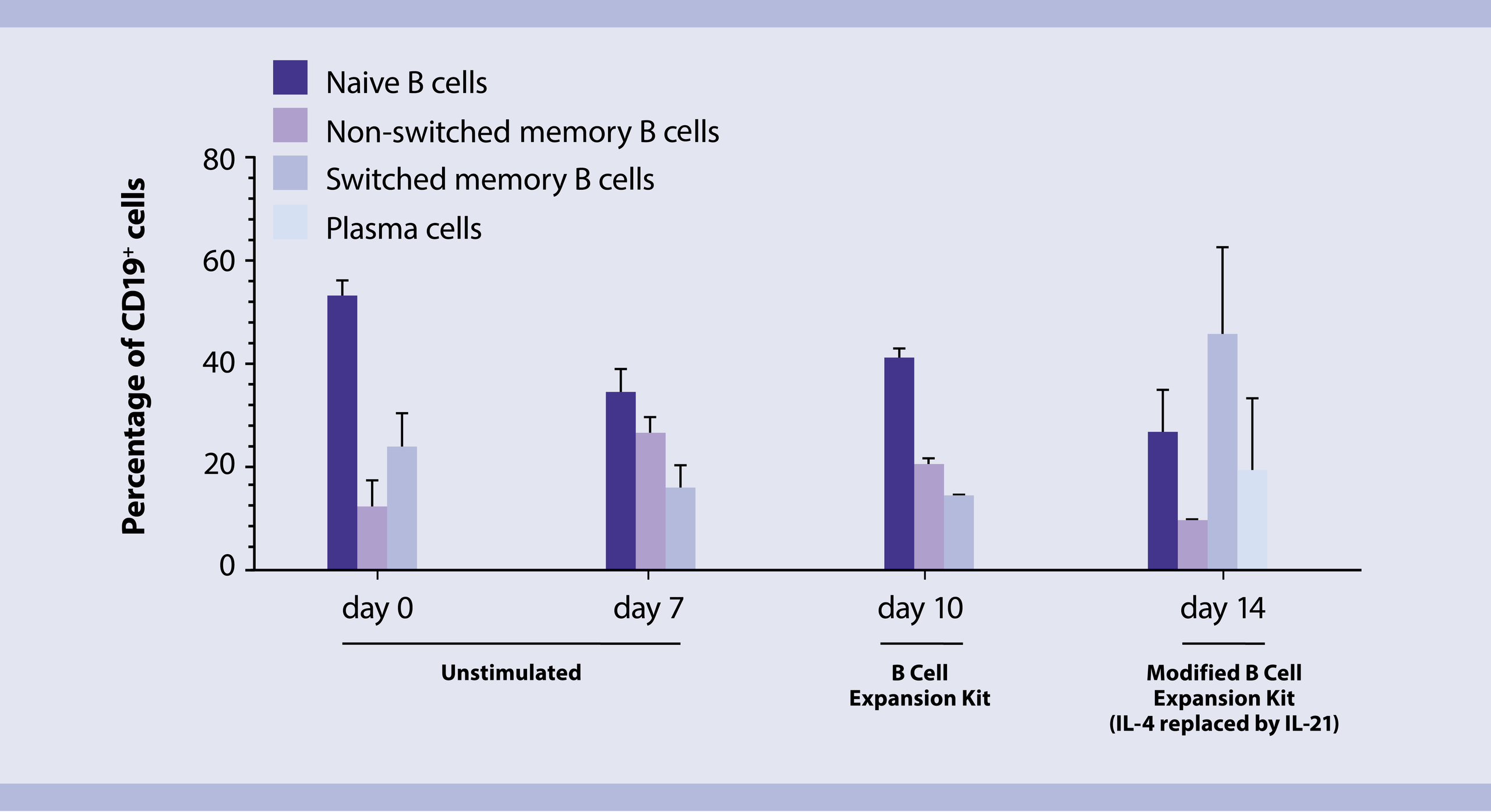 B cells were isolated on day 0 from human buffy coat using CD19 MicroBeads, human after performing a density gradient and cultured applying the low-density protocol provided with the B Cell Expansion Kit. One culture was cultured with addition of human IL-21 instead on human IL-4. At day 14, stimulated and unstimulated, showed a reduction of the naive B cell subset, in comparison to day 0, what is due to their described shorter survival rate. In the presence of IL-21, a significant increase in the plasma cell fraction (up to 20% of all B cells) was observed while switched memory B cells doubled from 22% to 45%. This suggests that the culturing condition provided by the B Cell Expansion Kit and IL-21 drives B cell differentiation towards a matured, switched status.

Reliable activation and expansion of Plasma cells is a definitive requirement for effective downstream experiments. The B Cell Expansion Kit, human is optimized for primary B cell expansion in vitro. With the use of human IL-21, premium grade a slight increase of the expansion rate can be detected on day 7 and 10.

Applying the low-density protocol provided with the B Cell Expansion Kit an increase in the expansion rate of up to 10-fold could be achieved after 14 days of culture. A slight increase in expansion was already detected on days 7 and 10. This effect was further enhanced by replacement of IL-4 with IL-21. The modified procedure resulted in an earlier onset of expansion compared to the standard procedure of the B Cell Expansion Kit. To facilitate expansion, B cells were isolated on day 0 from human buffy coat using CD19 MicroBeads, human after performing a density gradient. 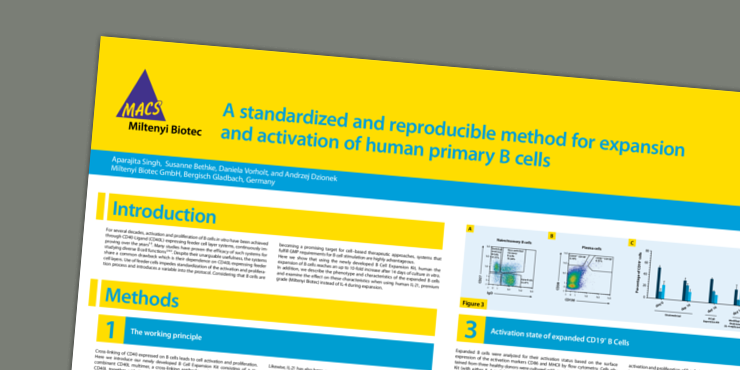 Product quick guide
Complete portfolio for your B cell research

As the final step in many workflows, flow analysis plays an important part in various B cell applications. The following flow reagents can help you make sure that the data you generate on your flow cytometer are reliable and consistent: 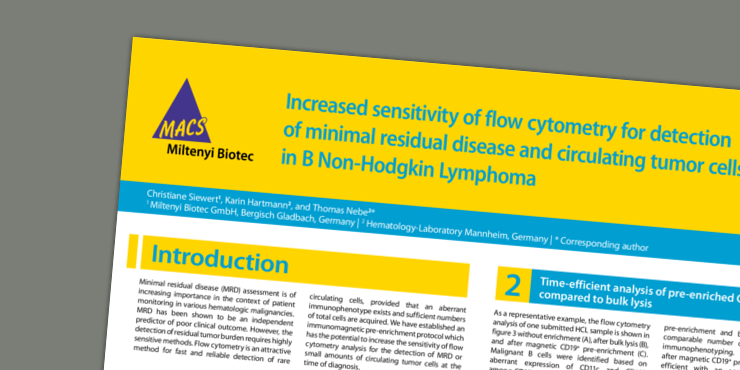 Step-by-step protocols for B cell research

Get acquainted with our protocols and antibody panels for your workflows in B cell research.