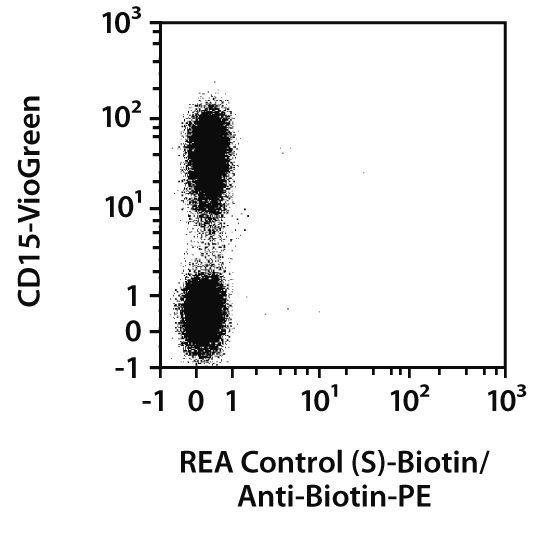 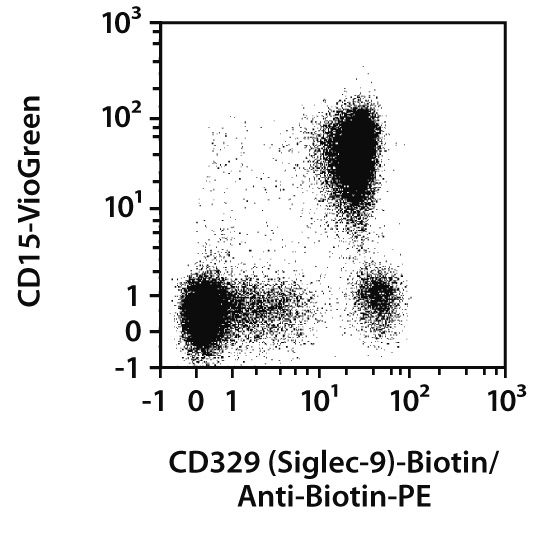 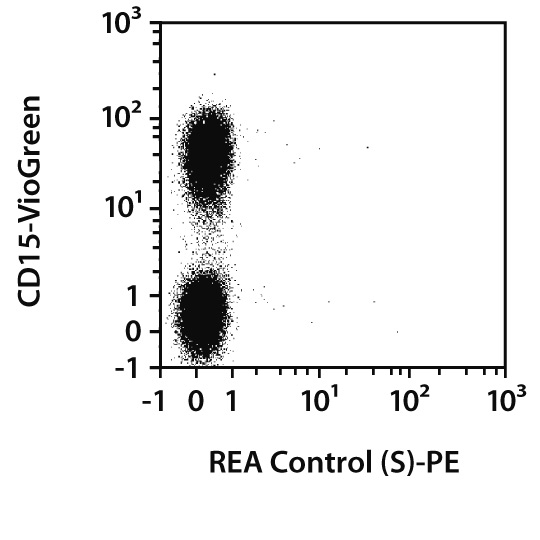 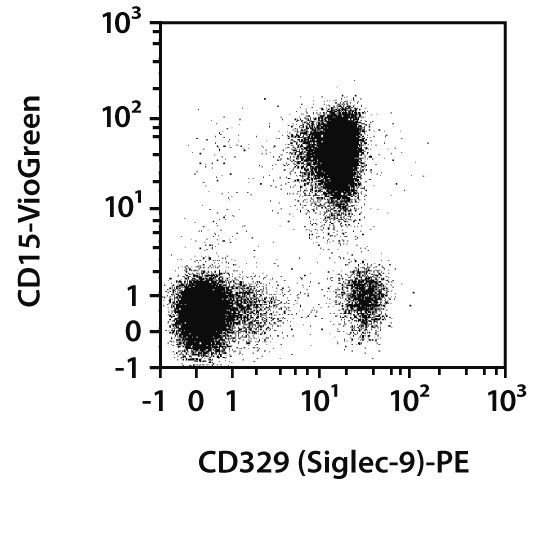 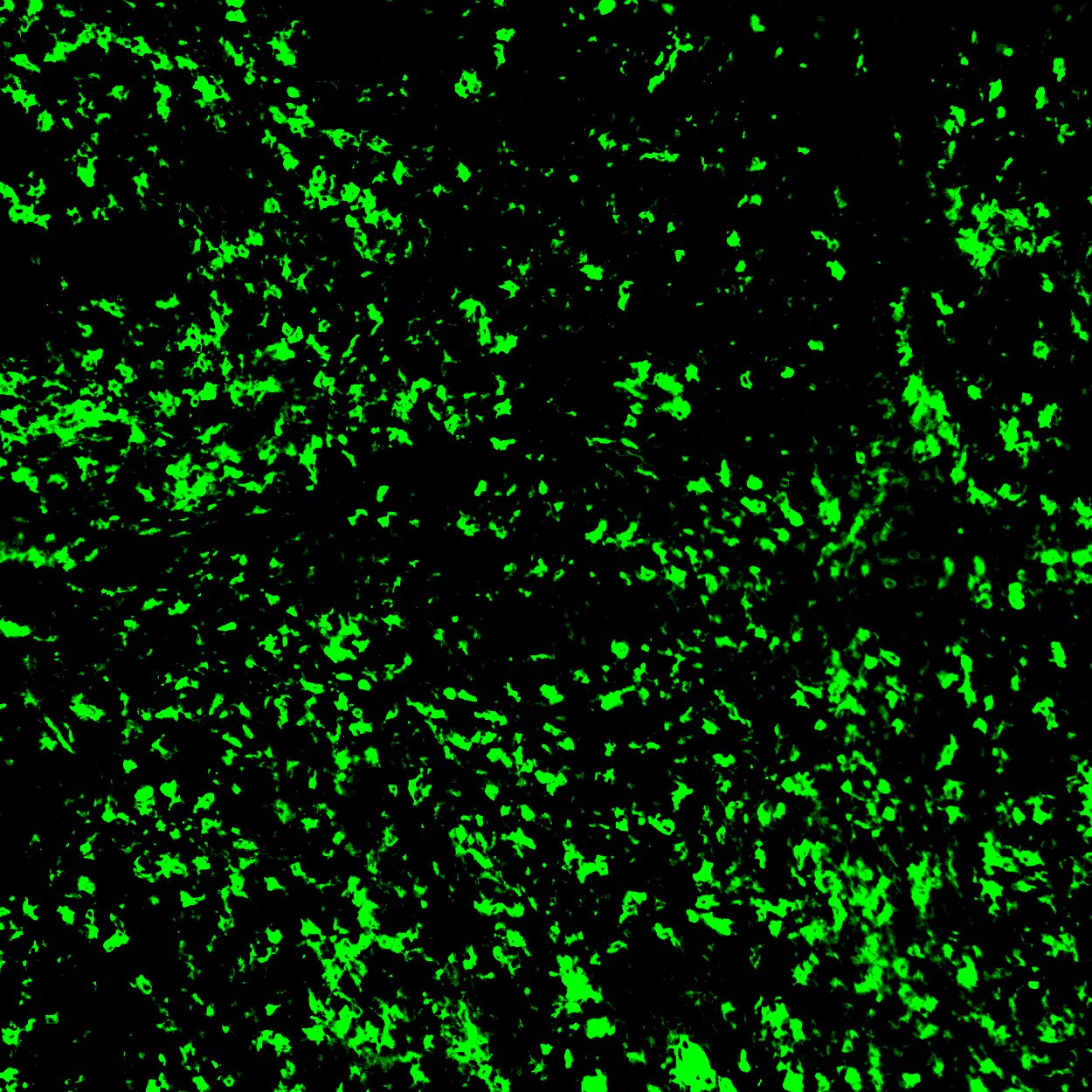 Conjugate:
Biotin
Recommended dilution:
1:11
Remark:
Cells should be stained prior to fixation, if formaldehyde is used as a fixative.
Tested:
QC tested
Products used:
130-107-647, 130-107-603
Protocols:
Description:

Human peripheral blood cells after erythrocyte lysis were stained with CD329 (Siglec-9) antibodies or with the corresponding REA Control (S) antibodies (left image) as well as with CD15 antibodies. Flow cytometry was performed with the MACSQuant® Analyzer. Cell debris and dead cells were excluded from the analysis based on scatter signals and propidium iodide fluorescence.