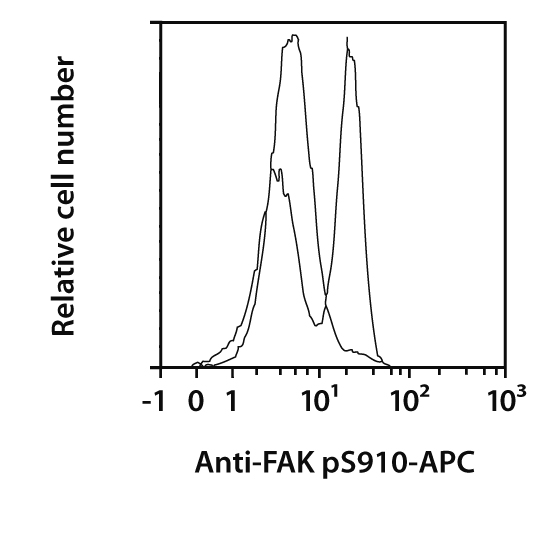 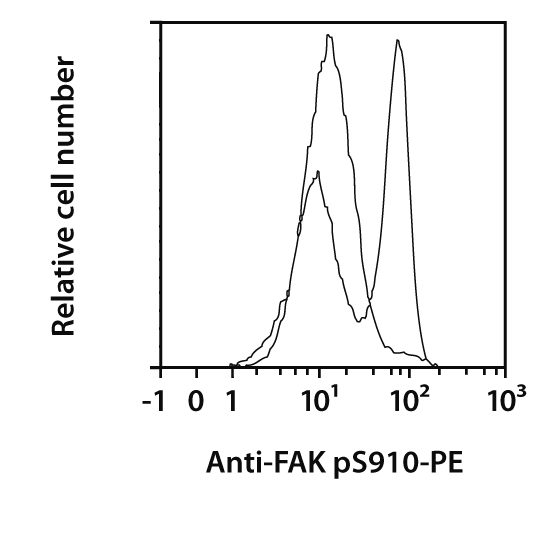 HeLa cells, either left unstimulated (left peak) or stimulated with 5 µM Nocodazole for 16 hours, were fixed and permeabilized using the Cell Signaling Buffer Set A. Cells were then stained with Anti-FAK pS910 antibodies and analyzed by flow cytometry using the MACSQuant® Analyzer. Cell debris were excluded from the analysis based on scatter signals.