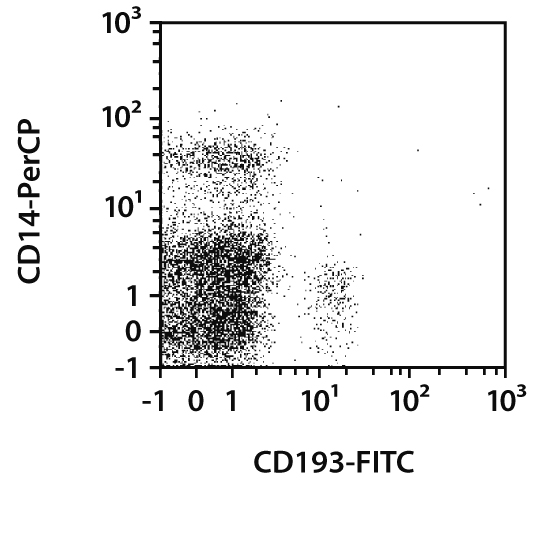 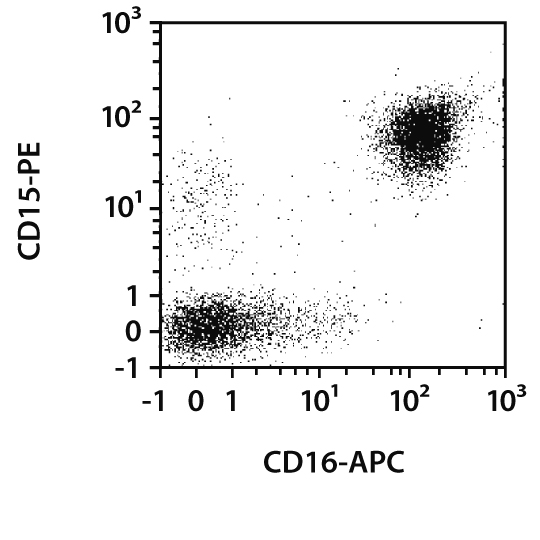 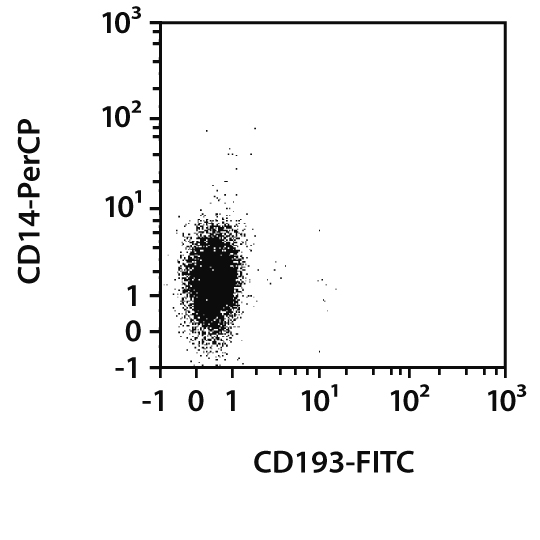 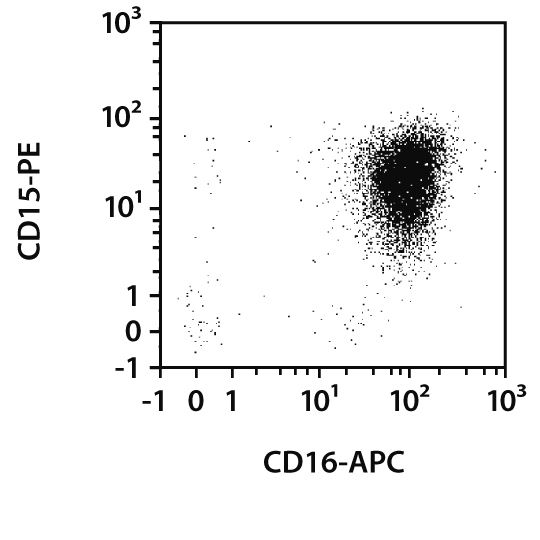 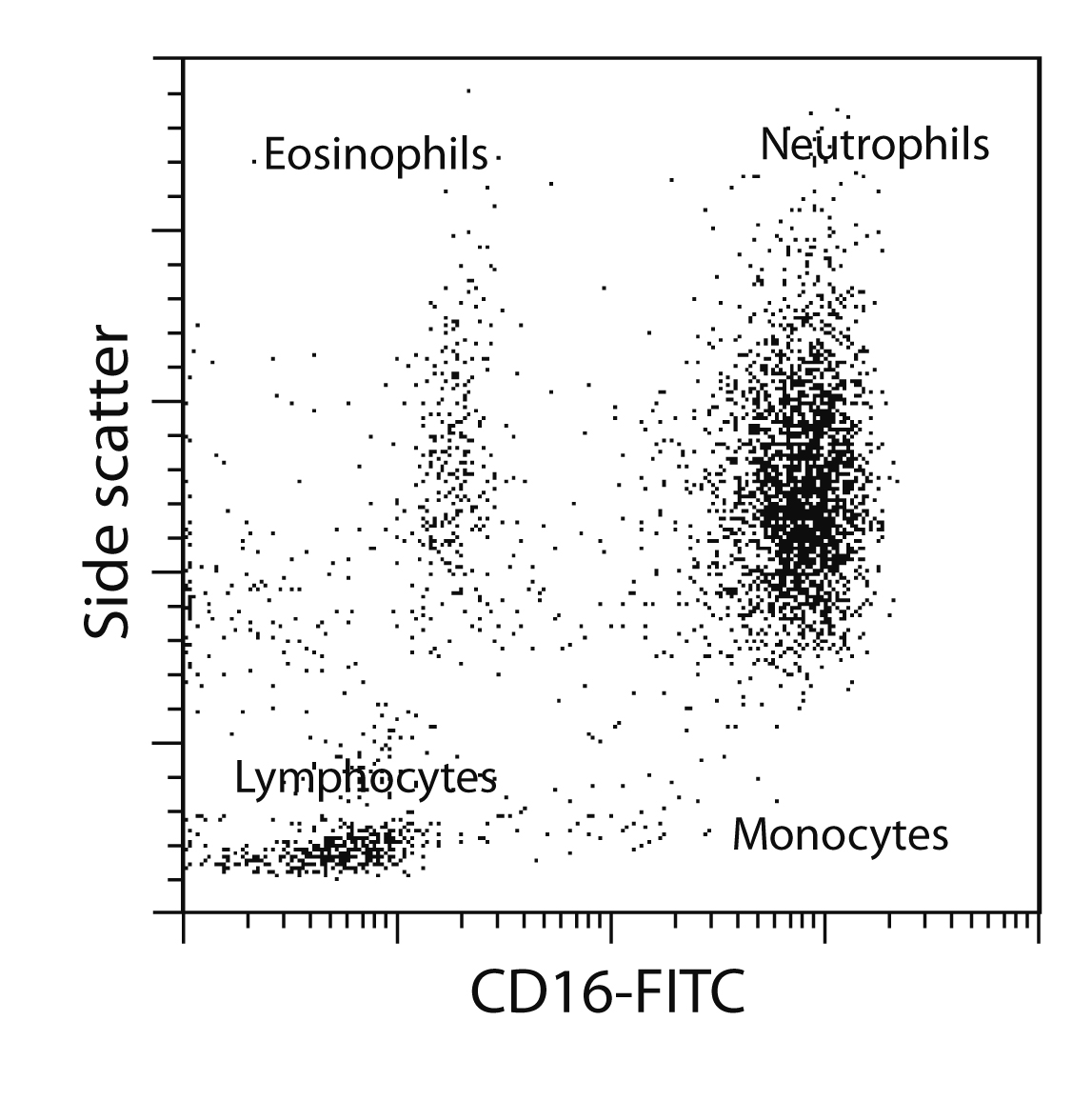 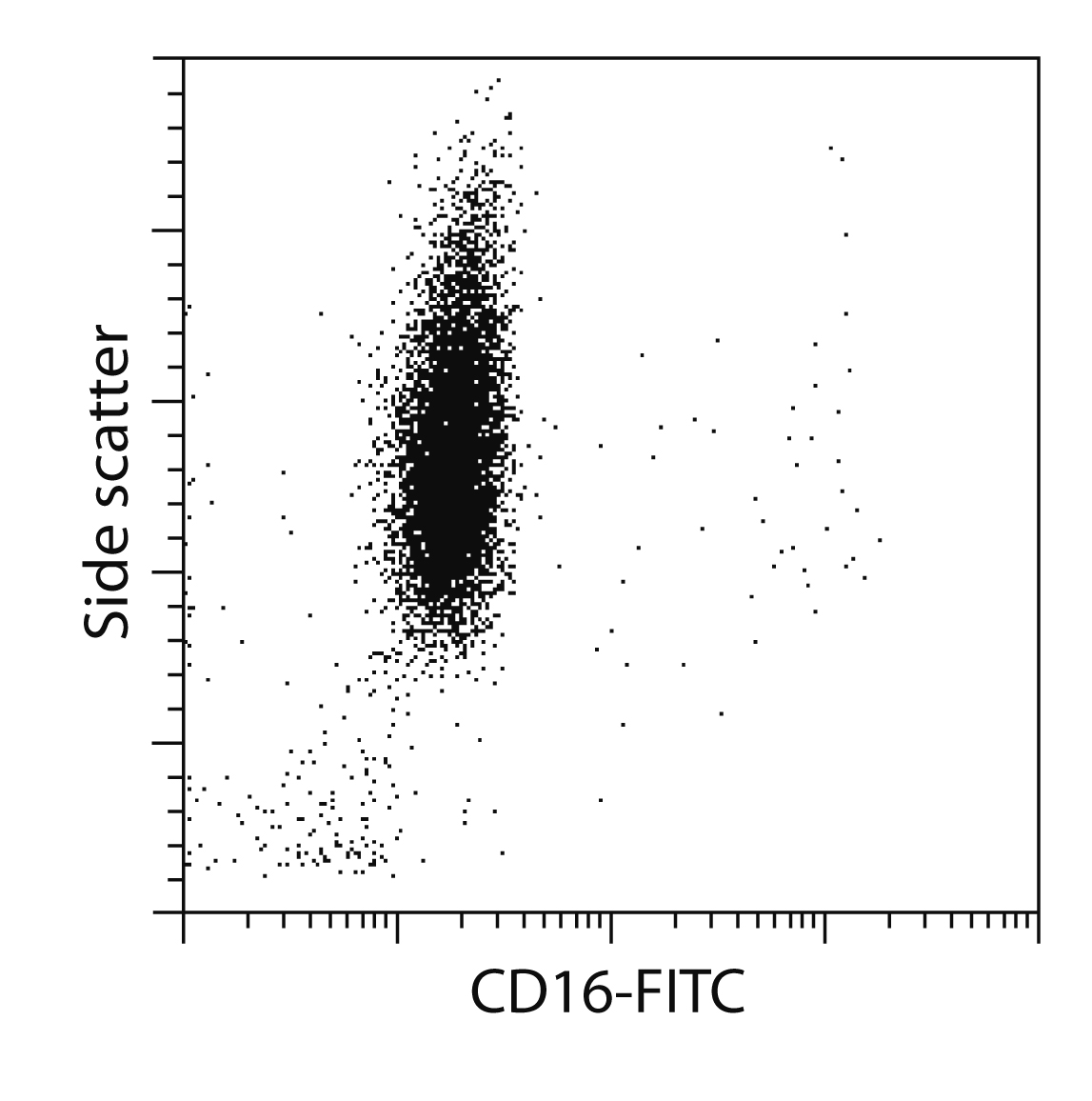 Granulocytes can be analyzed by flow cytometry using intracellular and surface staining. Markers commonly used to analyze neutrophils, basophils, and eosinophils are listed in Cell subsets, frequencies, and marker expression.

Like many of the myeloid cell types, granulocytes are quite sticky. Thus, we recommend using REAfinity™ Antibodies whenever possible, to achieve optimal staining for flow cytometry. These recombinantly engineered antibodies are highly specific and require no FcR blocking as the Fc region is specifically mutated to abolish FcγR binding. Therefore, these antibodies are especially well-suited to stain myeloid cells. For more information about Miltenyi Biotec antibodies, see Cell analysis reagents – antibodies.

A common problem encountered by researchers studying myeloid cells is the sporadic appearance of markers used to identify and potentially isolate distinct cell subtypes. Granulocytes are no exception in this respect. In general, identification by flow cytometry can be done based on side scatter (SSC) and forward scatter (FSC) characteristics for the most abundant neutrophils and eosinophils, because they are highly granular and thus, segregate well from lymphocytes and monocytes. This is not true for basophils. Identification based on the expression of a single specific antigen is restricted to eosinophils (Siglec-8+) and basophils (CD203c+) in blood, whereas neutrophils are commonly identified via marker combinations (CD15+CD16+).