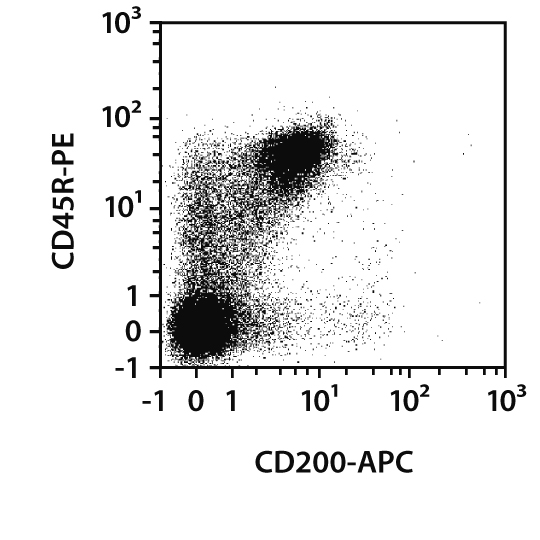 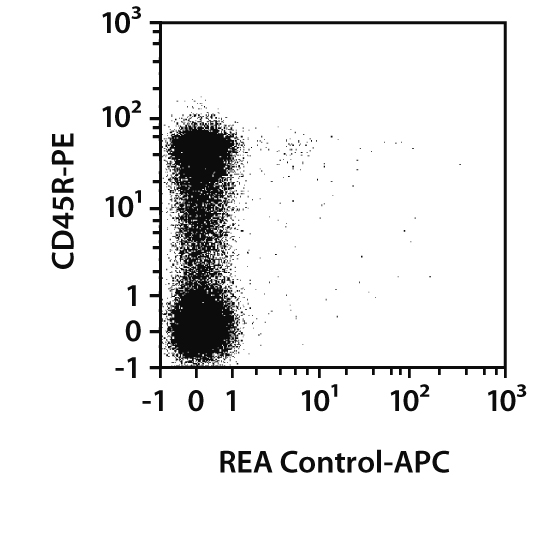 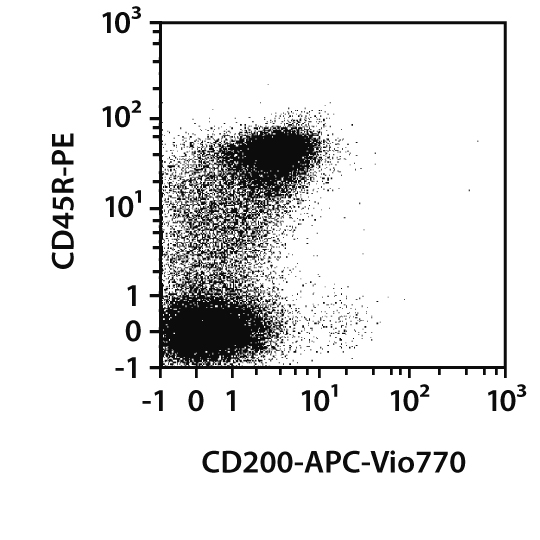 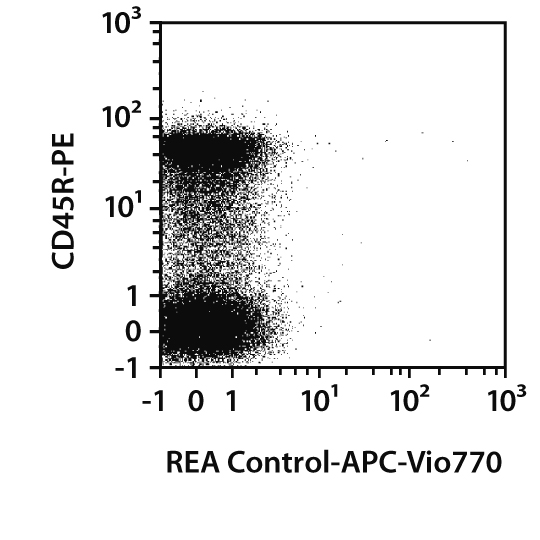 Splenocytes from Wistar rats were stained with CD200 antibodies or with the corresponding REA Control antibodies (left image) as well as with CD45R antibodies. Flow cytometry was performed with the MACSQuant® Analyzer. Cell debris and dead cells were excluded from the analysis based on scatter signals and propidium iodide fluorescence.