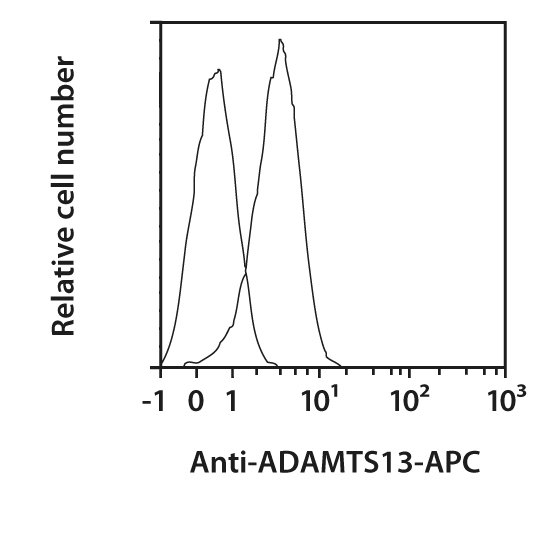 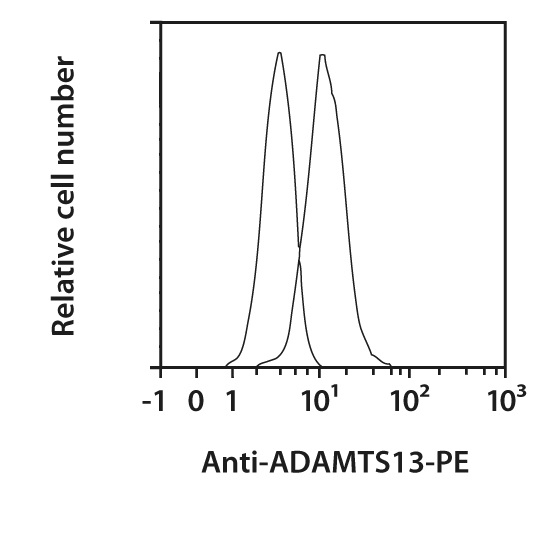 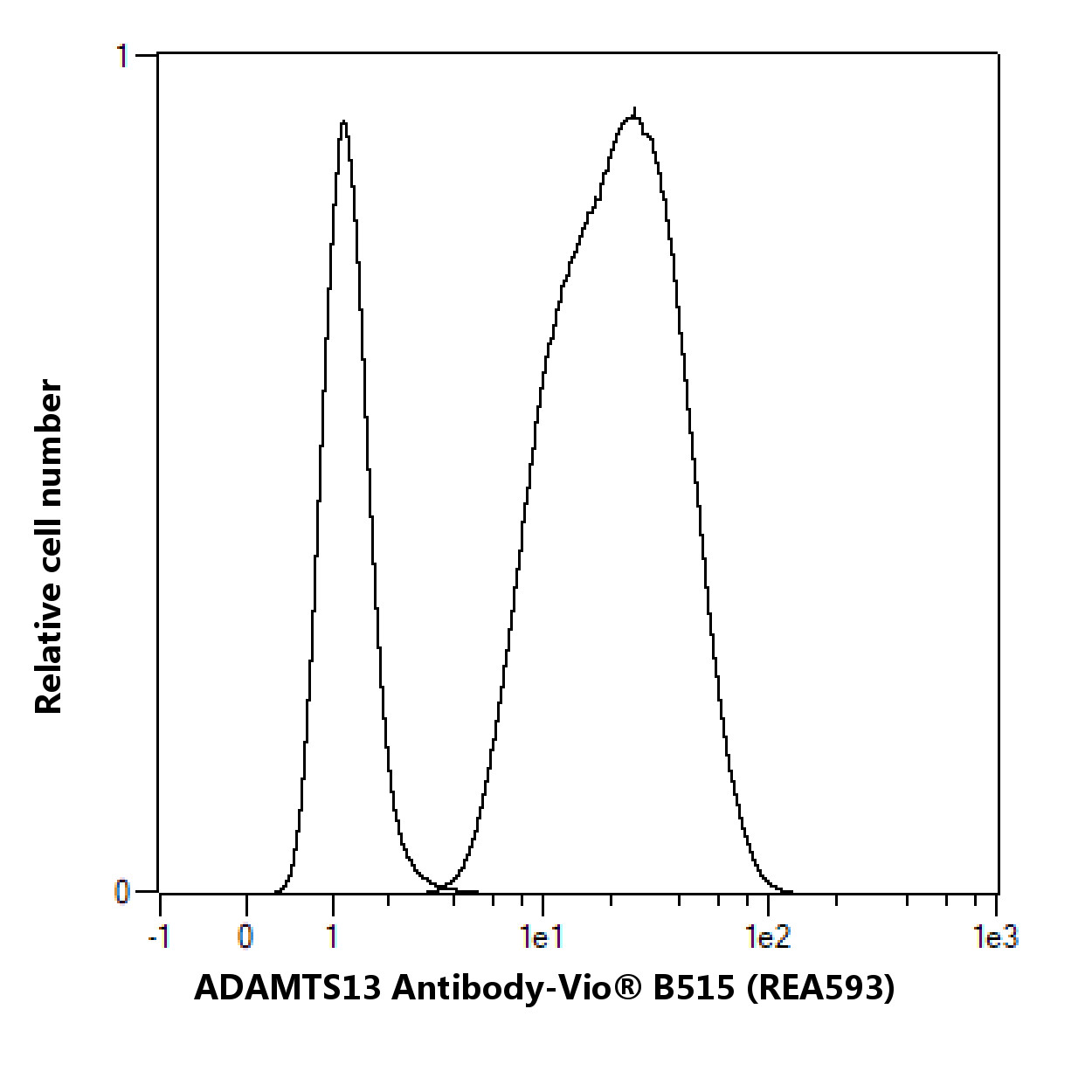 Human umbilical vein endothelial cells (HUVEC) were fixed, permeabilized, and stained with Anti-ADAMTS13 antibodies or with the corresponding REA Control (I) antibodies (left peak). Flow cytometry was performed using the MACSQuant® Analyzer. Cell debris were excluded from the analysis based on scatter signals.

The Inside Stain Kit contains reagents for the fixation and permeabilization of cells for ...